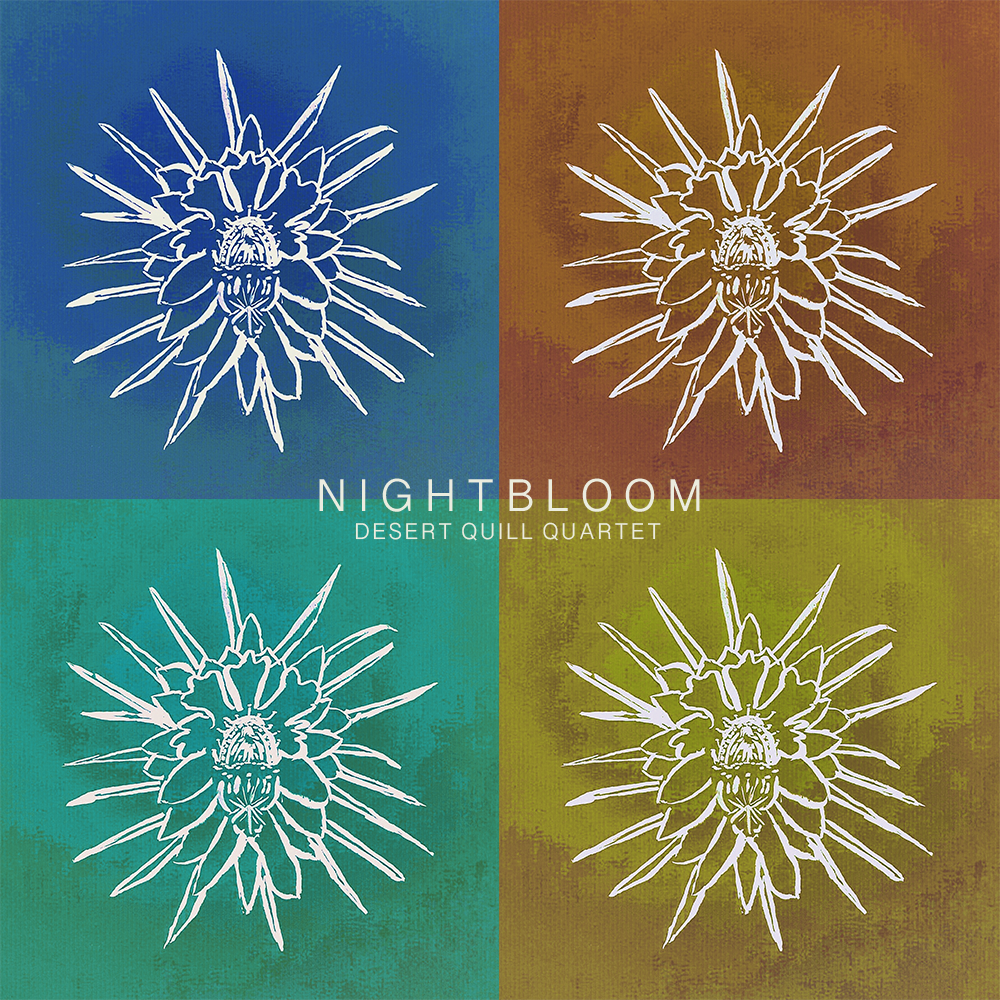 “Nightbloom” is an unscripted rekindling of friendship. It scratches, grooves, boils, lifts and soars as a form of contemporary music making that searches for human (and nonhuman) connection.

Like a cactus flower that blooms once a year for a single night, the tracks unfolds. Scraping and breathing organically finds tonality. As instruments intertwine – agreeing or contradicting each other, an active conversation emerges. Kinetic energy pulls you into a strong current and a blooming crescendo. At times it is difficult to discern where one voice ends and another begins. After its crest, the pulsing settles and matures into a place of serenity and softly trails off into air and harmonics.

Recorded shortly before the world’s landscape changed due to coronavirus, this track is a treasured reminder of making music in a room together with friends. DQQ would especially like to thank Jared Rodriguez for his exceptional aura, ears, and generosity in recording the piece.